skip to main | skip to sidebar

This post is from my guest writers, Tammy Moss and Roger Heater:

As a child Roger suffered from temper tantrums and rage attacks. What began as tantrums, banging his head on the floor, ended in rage attacks, flipping furniture over, and destroying his bedroom. These attacks lasted thirty minutes to two hours sometimes. At times his parents were forced to sit on him and hold him down so he wouldn’t cause any damage to himself, or them.
By age 12, Roger was made a ward of the court and spent the next four years being shuffled around shelters, group homes, mental institutions, and psychiatric hospitals throughout the State of California, during which time he experienced several different forms of discipline and medications.
In the 70’s, Roger was placed in an institution where they mixed mentally handicap adults with kids. At age 13, he was living with adults as old as 70. Being stripped of his belt, shoes and pockets emptied, he was placed in a 7’ by 4’ room with no outside window or door knob on the inside. He was restrained on beds by being wrapped in sheets from the ankles to his neck. As early as 9 years old he was subjected to several different anti-depressants including Ritalin, Valium and Lithium.
Over the next 15 years Roger self-medicated with marijuana that he began to smoke excessively from as early as age 14. It seemed to control his hyper energy and aggressive behavior. By age 19 his impulsive and addictive personality began to crave the drug cocaine.

Four years later, after almost overdosing one evening, Roger began a self therapy treatment that involved one day at a time of not touching the drug and performing at local amateur comedy clubs throughout the Bay area. Just like marijuana, comedy became an excellent outlet to release his extra aggression. By age 34, with two addictive drug habits and two failed marriages behind him, the comedy stage alone was no longer enough to keep his anger under control. His aggressive and abusive behavior landed him into a psychiatric hospital twice within a 6 month period.

After struggling for over three decades, Roger was finally given a diagnosis in 1995. He was told he had a mental disorder called Intermittent Explosive Disorder (I-E-D). This disorder was still unknown to the public and researchers at the time, so proper medications and therapy were still in the testing stage. Over the years while learning what he could about the disease he taught himself how to overcome and survive living with it. After more than 14 years of touring and performing comedy all over the United States, he developed a strong ability to keep any size groups attention and his strong stage presence continues to shine even when delivering material on a much darker subject. His sense of humor, passion and understanding for this disorder stands out in every delivery.

Roger is in the process of writing his book- “From Institutions to Freedom” in the hopes that sharing his story with others will motivate and show others that instead of ‘you can’t’ -you can!

Stimulus Pro-bono opportunity~~
During these tough economic times, we are giving a limited amount of pro-bono talks in Las Vegas, California, Utah and Arizona. Don't wait! Email us to schedule. Contact us @ tmoss1026@yahoo.com

Roger is dedicated to speak wherever there is a need. A man who never took “you can’t” as an excuse, Roger fought through each and every obstacle and came out proving everyone wrong.

Roger is sharing his story all around the country. Please email us with where you are from and names of organizations that may benefit in hearing this powerful, motivating story

To learn more about IED and to book a pro-bono talk, visit our website- http://www.heaterproductions.com/
9 comments:

EFT - Emotional Freedom Techniques. What is It?

Emotional Freedom Techniques (EFT) are based upon the theory that negative emotions are caused by "disturbances" in the body's "energy field." EFT is derived from Thought Field Therapy (TFT) techniques and is based upon acupuncture. Proponents of EFT claim it relieves many psychological and physical conditions, including depression, anxiety, stress, addictions and phobias.

The basic EFT technique involves recalling a negative memory or emotion and simultaneously using one's fingers to tap on specific points on the body. This tapping alters the body's energy field, restoring it to a "balance."

Studies:
1. A 2003 study, published in the Journal of Clinical Psychology and financed by the Association for Comprehensive Energy Psychology, involved 35 patients with a phobia of small animals. Each patient received a single treatment with EFT. The authors stated that their results were "largely consistent" with the hypothesis that EFT can reduce phobias.

2. Another 2003 study, published in The Scientific Review of Mental Health Practice, was conducted by Waite and Holder on 119 University students who experienced specific fears or phobias. This study divided the students into four groups: Group A received a single round of EFT with tapping on the appropriate points; Group B received the same EFT treatment except that they tapped on points in the arm that are not the standard EFT recommendations; Group C received the same EFT treatment as Group A and tapped on a doll; and Group D was asked to make a toy only.

The students were asked to record their fears before and after treatment on a "SUDS" scale.
Groups A, B and C did better than Group D. There were no significant differences between the Groups A, B and C which implies that the tapping certain areas isn't necessary.

3. A 2005 study, published in Counseling and Clinical Psychology, used a symptom checklist to in 102 participants in an (EFT) workshop before their treatment, after their treatment, and six months later. There was no control group. The results of this study showed a significant decrease in psychological distress over time.

EFT has it's controversies. Some proponents are very conservative about their claims while others have gone beyond the scope of EFT's creator, claiming it can cure just about anything. EFT has it's roots in Eastern medicine so, of course, Western medicine is going to be skeptical. 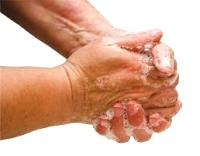 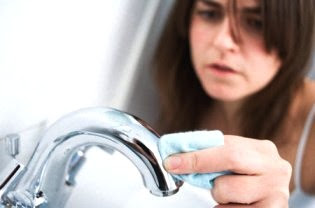 Obsessive Compulsive Disorder is the label put on the inability to avoid persistent thoughts and stop repeated behaviors that are negatively affecting one's quality of life. About 2.2 million people in the US suffer from OCD which is classified as an anxiety disorder. It is often accompanied by one or more other problems such as other anxiety disorders, eating disorders and especially depression. OCD usually begins in adolescence or early adulthood.

Obsessions are thoughts that one can't get out of their head. No matter how hard one tries, the unwelcome thoughts return. Common subjects are germs/contamination, doubting that something was done, orderliness/organization, fear of impulsive behavior (saying something inappropriate/doing something terrible), fear of having terrible thoughts.

One way to cope with the anxiety caused by obsessive thoughts is to take action. These actions can get out of control and interfere with life in a negative way. The thought and action are not necessarily connected in logic. Now they are called "compulsions." Here are some examples:
Thoughts and behaviors are usually classified as Obsessive Compulsive Disorders when they take up (waste) more than an hour of day of one's time or interfere negatively with one's life. Sometimes it's so severe that sufferers can't hold down a job, take (almost) forever to get tasks done, and isolate themselves from friends and family. Some sufferers turn to alcohol and drugs to "calm down" and control their OCD. Not the best choice.

Psychiatry and psychology have come a long way in the past 50 years. Now there are ways to deal with the anxiety. OCD can't be cured, but it can be managed and it's impact on life lessened . There are many anxiety medications available. There is also Cognitive Behavior Therapy (CBT) to help people react and deal with anxiety. 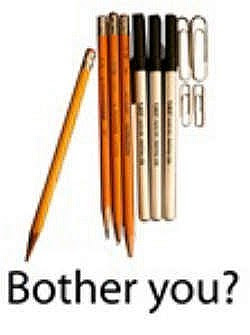 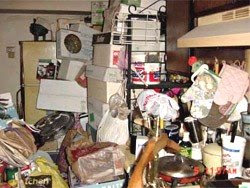 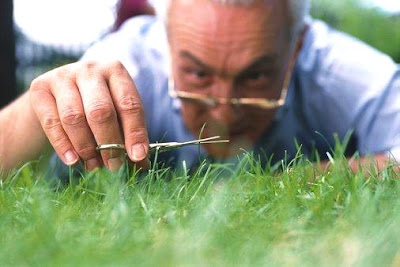 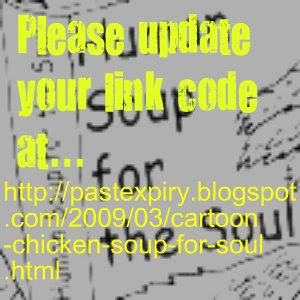 Courtesy of Past Expiry Cartoon